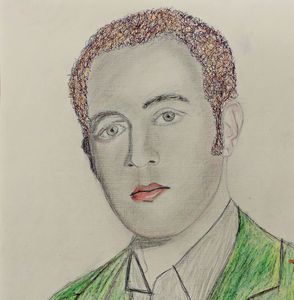 The official site of the artist is: www.buyart.co.il

From an early age showed an interest in art, started photographing at the age of 13 as a hobby, since then felt a deep connection and love for photography and in general for arts

Studied in the Hebrew university of Jerusalem Sociology and International relations between nations,

Studied in the Hadassah College in Jerusalem technical and creative photography.

His teacher for design was professor Joram Rozov A drew Meyer, a designer and Professor of art (He was also a known artist and a teacher at the known Bezalel Academy of art in Jerusalem)

Eliezer worked for the Israeli television (chanal 1), as a freelancer for 20 years,

Among his clients were famous artists, and Judaica artist manufacturer or Art dealers,

One of the famous was Shuki Freiman, A Judaica artist creates diverse art works ,

Menachem Berman, Heirlooms Judaica gallery and others like uri ramot (An artist of silver and gold artworks combined with ancient color glass)

Eliezer was a photographer of the "Israel coins and medals company" and the Bank of Israel,

During many years of working in photography, specialized in natural and artificial lighting, since childhood until today is involved in creative photography,

Ever since early childhood, wherever he went he carried a camera, looked every place for artistic appearance images (subject, light, atmosphere and emotions) to photograph it.

Eliezer has large artistic photo archive, including creative pictures which were taken for many years, mainly in Israel.

Some of the photographs exhibited in several exhibitions in Israel, among them an exhibition of 35 photographs in the International book fair that took place at the international Convention Center (Jerusalem), (Eliezer was selected to present the exhibition by the former general manager Mr Dan Avnon

Apart from Eliezer involvement in photography, he is also designs and paints
For Buyers
Browse Art
Your Orders
Buyer FAQ